The Word Exchange by Alena Graedon

Rarely do a close a book I just finished and begin my review, but this dystopian account of the Word Flu that sweeps American in 2016 infected me with a (hopefully false) sense that my time to write this  may be short.  I put my iPad and iPhone down.  I must write and let the words speak for themselves.

In some obvious ways, Alena Graedon’s premise is not unique.  Fahrenheit 451, Brave New World, Shteyngart’s Super Sad True Love Story and recently Egger’s The Circle, have carried variations of the same warning – words and the stories we use them to tell – make us human.  Mostly, it brought to mind Chris Van Allsburg’s The Wretched Stone.  Graedon wraps her narrative in an entirely fresh and mildly gimmicky format.  Following epigraphs by Samuel Johnson, Lewis Carrol and Jorge Luis Borges, the table of contents shows chapters titled every letter of the alphabet and divided into three sections – Thesis, Antithesis, and Synthesis.  The main narrator, Anana Johnson daughter of Douglas Johnson, is given the coded nickname Alice (think Through the Looking Glass)  before her father disappears from his job while racing to finish NADEL (North American Dictionary of the English Language).  The secondary narrator, Bart, (think Melville’s Bartleby) tells his portion of the story through journal entries he writes as he tries to stave off the infection.

The first two or three chapters had me doubting the infectious pull of the narrative, but I was quickly hooked.  The pace is fast, the characters and the electronic devices on which they depend are contemporary, and the suggested techniques for reversing their damage are music to any English teacher’s ears – Cessation of contact with meaningless data, Reading, Conversation and Composition Therapy.  Part mystery, part love letter to language, the back flap of the cover describes it as “a cautionary tale that is at once a technological thriller and a meditation on the high cultural costs of digital technology”.  I would suggest this as the perfect summer read – preferably on a beach with no cell service. 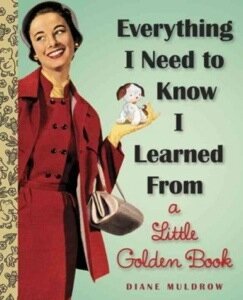 For Mother’s Day I purchased 5 of these and gave them to some of the finest mothers I know! I only wish I had thought of this idea first! Muldrow pairs illustrations from some of the best loved Little Golden Books with a litany of life instructions. Like this – 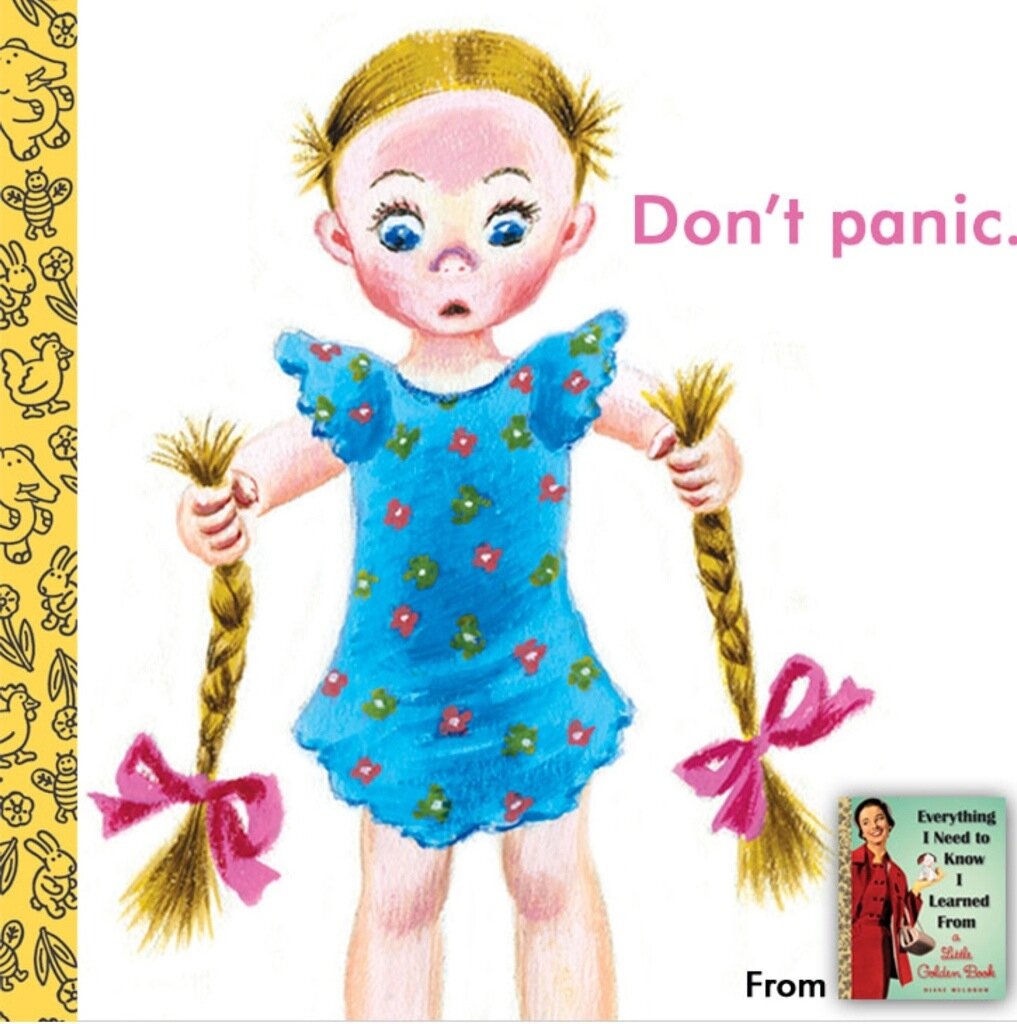 Each illustrations is labeled with the title of the book, year of publication and illustrator’s name. For more of a sneak peek, here is a link to the Pinterest page for the book When I got the books, I flipped through the pages with a nostalgic smile on my face. Of course the pictures struck a deep chord. I LOVED the Pokey Little Puppy! Each of the ladies I gave a book to thought it had been written just for her. This book makes a great gift and serves as a special reminder of life’s simple lessons. Following all of the lovely suggestions is the refrain – “And if you do, your life will be golden.”

Congratulations, by the Way: Some Thoughts on Kindness by George Saunders – A Book Review 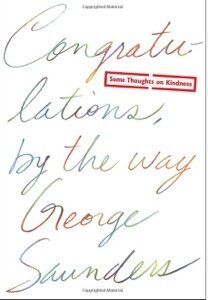 Graduation season is upon us again, and a tiny part of me misses sharing in the exuberance and optimism of graduating seniors. The last several years, I would leave my seniors with a reading of protagonist Blue Vermeer’s fictitious commencement address from Special Topics in Calamity Physics by Marisha Pessl, in which she advises her classmates to “Live like a Goldfish”. If I were teaching today, I would be excited to use this slender new book, Congratulations, by the Way: Some Thoughts on Kindness by George Saunders. Saunders is an acclaimed author – one of TIME’s 100 Most Influential People in the world, a MacArthur “Genius Grant” fellow – best known for his numerous short story collections. This new book contains the text of his 2013 Syracuse University commencement address, which is not the usual patronizing sort, but more of a humble recognition that most of his regrets in life have to do with “failures of kindness.” Since it came out in April, this book has been getting quite a bit of attention – from Brainpickings to Salon. This short video includes an excerpt from the book about a girl Sauders knew in school who he wishes now he had shown more kindness. The speech is endearing and the book would make the perfect graduation gift!